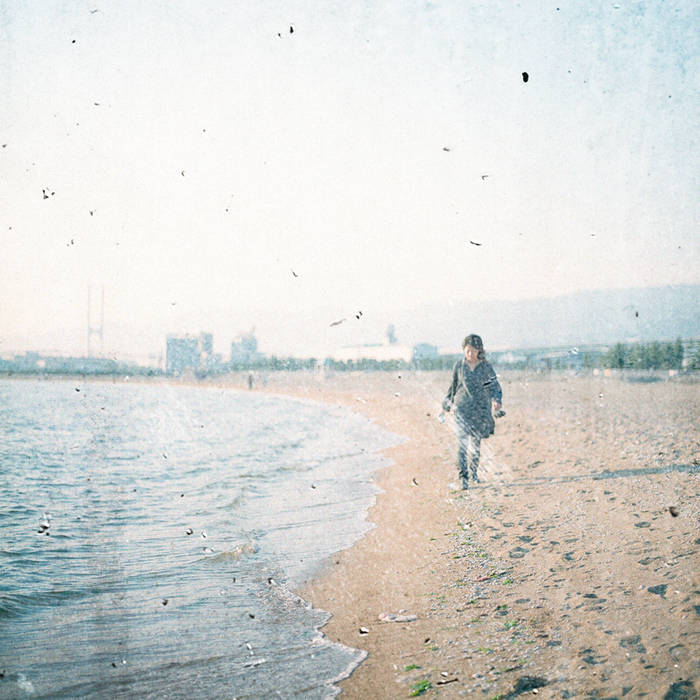 Brock and I created this album at a tumultuous time in our lives. Released in June 2011 to kickstart the Nomadic Kids Republic label, it was written before and after the Tōhoku earthquake on the 11th of March 2011. The experience of the earthquake and long after had a huge impact on my wife and I. We'd just moved house that week and my studio had been completely damaged after investing in it as part of the move. Our pets were left traumatised as we couldn't get home to them quickly, and arriving to our house with broken windows and our kitchen completely torn apart, with glass around our terrified little dog will forever stay with me.

My wife immediately went to Fukushima to help save animals that had been abandoned for a month and we cancelled our large wedding celebration due that year to donate and support the efforts in her old home (and my old surfing haunts) around Sendai. The impact of the experience and our family's reaction to it from afar caused deep hurt and a sense of loss as we realised just how fragile life was in such a massive way so immediately.

My one outlet of emotion and connection at that time was Brock who just wouldn't let me push his attentions aside. My friends were amazing but they couldn't connect as not long after this my father passed away suddenly just as I was coming to terms with the personal and financial cost for us dealing with the repairs to our house and studio. And so in this period I presented a whole heap of material for Brock that was broken, fragile, and just openly me and what I felt at that time. And Brock took that on board so deeply, helped to evolve and create an album of real beauty and ambition in 'The Truth Hurts' as only an artist of his talent could.

It is one of the great collaborations I've ever been part of, and I'm often asked about a reissue (maybe soon I hope) and follow-up (likewise). We've spent time in Japan and Poland together and it has always been intense and personal, just like Brock's immensely soulful and true spirit through music.

I'm so thankful to present this music to you now as a representation of strength through adveristy, and more than anything, collaboration through sincere friendship.

Here is the original press release:

'Brock and Ian were introduced to each other through Mike, who ran a small but perfectly formed record label and shop called Smallfish Records. Mike had this crazy idea that Brock and Ian were like two musical peas in a pod and that they should work together. Mike wasn’t wrong, and the first musical product of this was Brock’s own bvdub release ‘Tribes at the Temple of Silence ’ on Ian’s label - Home Normal.

The second is a musical collaboration between the two titled ‘The Truth Hurts.”The Truth Hurts’ was put together and created in their current respective homes of China and Japan . The album is a reflection on not only loneliness, but the stark reality – and hidden beauty - with which it is forever entwined. Ian poured over old recordings, recent recordings and even recorded new work as a sketchpad for Brock to work from, and in the end, Brock wove Ian!s recordings from 1999-2011 together with his own, forming his own oceans of drones, walls of emotional abstractions, field recordings, and even live recordings that would see the initial sketches become complete narratives, each with a very different story to tell.

The result is a raw and unbridled experience – one that pays homage not only to the eternal and often crushing beauty of loneliness, but also the days when music only worried about speaking from the heart. ‘The Truth Hurts’ is a labour of love, a reflection on isolation, and a message of strength through innocence undimmed.'

hello. my name is ian hawgood.

i make music on old tapes and reels mostly, curate the home normal label, and master music for a variety of labels and artists.

throughout 2021 i will be uploading weekly music i make using my coastal hydrophone recordings and tapes as folk reels.

outré black metal, with a Victory Over the Sun interview and music from Liturgy and Jute Gyte.