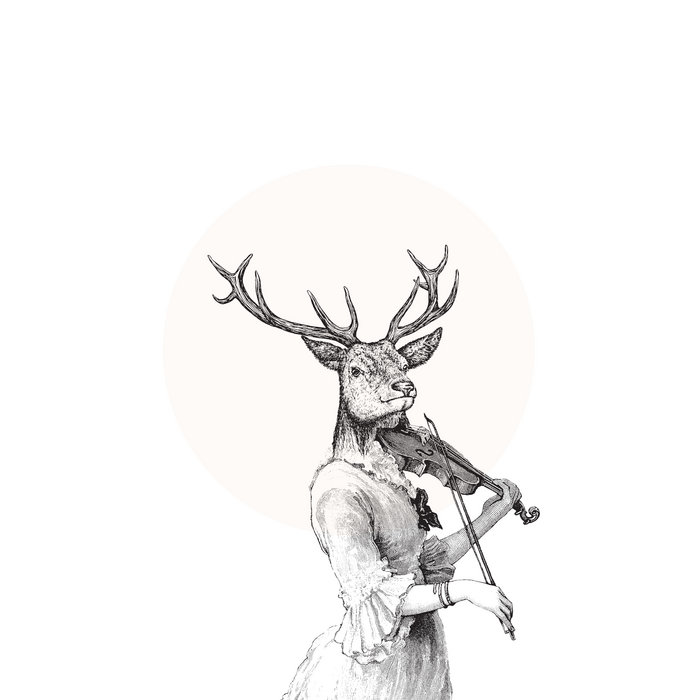 The Ouvala project was originally titled after a random reel number (I love the weird names and numbers people attach to used reels on their previous recordings). The RPA2011 project (as it was called) was eventually released as Ouvala on Fluid Audio in 2016 with Tim Martin (Maps and Diagrams) and my name not actually being attached as requested. We later dropped the mystery by releasing the follow-up ('Multiperspectivity') on Tim's own label, Handstitched.

Some of you may know we were the main writers of the Black Elk Quartet project back in 2012/2013. Ouvala was our radical way of collaborating without any major boundaries, and just wanting to have fun in the process really after feeling rather constrained in the expectations of creations I was involved in to that point (both as an artist and label curator). I can't express the joy I felt working with someone as talented and patient as Tim as we played with really melodic textures and instrument sources.

We initially shared synth and guitar parts during the Black Elk Quartet development, which I then transferred to reels and stored for a year in my damp garage in Warsaw, Poland. I then spliced the reels these were on, creating jagged and stuttering rhythms, before we shared these decayed tones and textures back and forth for another couple of years after we tied up the Black Elk Quartet project. What came out was in process so much fun, but in sound totally unique for us with dark textures, stange directions and a decayed and otherworldly sound quite unlike anything we'd created before or since. I personally see it as a juxtaposition and reaction to the Black Elk Quartet work really, which is quite dark in itself.

But the album is one of the great pleasures in collaboration and expression through music for both Tim and I. We followed this up with 'Multiperspectivity' which is just unbridled experimental synth and modular joy with a Morr-style persuasion. Ouvala is the most melodic and fun collaboration in development that I have ever been part of as Tim and I are kindred spirits in our love for really off-kilter sounds and melodies.

I hope you enjoy this little adventure in kitsch melody and rhythm. Mastered by our friend (and one of my heroes) Antony Ryan (of the mighty ISAN).

'The Ouvala project has been in gestation since late 2009. Initially the work involved reels and reels of old synth and re-worked sampling I made and promptly left in storage for around a year. This storage suffered from severe damp and after trashing most of the reels due to decay I decided to try and listen to what could be salvaged. I ended up using a variety of very old smaller reel to reels, and notably found myself mixing down ideas from these decayed tapes onto my faithful Popular 400.

During the time Tim and I worked on the material for one of our other projects (Black Elk), we started working on these rather haunted evaporating tones and melodies, and something just clicked for us. Over the next couple of years we layered and re-edited the tracks, again placing them through the process of quite random mixing back onto master reels. After a lot of love and care, we handed over the live mixed final work to our dear friend Antony Ryan (ISAN) to clean up and master.

The resulting work is a labour of love, and also one of the most unique and natural ways a project could come about. It is with great pride that we will be releasing this with another dear friends' label in Fluid Audio. The packaging Dan is working on/designing will include strips of the miles of recording tape that were stored away and eventually used over all these years. These reels will include original recordings, samples, and mix-downs from the various stages of development that we used to construct this album. The video here is just one of the many reels which contain samples used in the very first recording and storage session before they were housed away. I hope you enjoy the work we have all spent so much time on, as this really has been a labour of love for all those involved.'

Originally released on Fluid Audio on the 8th of July, 2016.
Reissued digital edition on Home Normal in September 10, 2016

Massive thanks to Dan and Jess for their support and love, and Antony for his excellent ear for an off-kilter tune.

hello. my name is ian hawgood.

i make music on old tapes and reels mostly, curate the home normal label, and master music for a variety of labels and artists.

throughout 2021 i will be uploading weekly music i make using my coastal hydrophone recordings and tapes as folk reels.

outré black metal, with a Victory Over the Sun interview and music from Liturgy and Jute Gyte.